Inside: A collection of Isabel Allende quotes, along with resources for learning about her life and accomplishments.

Isabel Allende is a Chilean-American author, known for her works of magical realism.

She is the recipient of the Presidential Medal of Freedom and the author of 25 books, translated into over 42 languages. Her books have sold more than 75 million copies and many consider her the most-read Spanish-language author in the world.

Allende has certainly led an eventful life, which can be seen throughout her work. This post gives an overview of her novels, life story, and own words.

Isabel Allende Llona was born August 2, 1942, to Chilean parents. She was born in Lima, Peru, as her father was the Chilean ambassador to Peru at the time.

At 3 years old, her father left the family and she moved back to Santiago, Chile, with her mother and siblings. Her mother married a diplomat and Allende lived both in Lebanon and Bolivia for a time.

After high school, Allende worked as a secretary for the United Nations Food and Agriculture Organization, working for a time in Europe. (She did not attend college.) She married Miguel Frías in 1962.

In 1967, Allende entered the field of journalism and began working on the editorial team for the magazine Paula, and later, Mempato. In 1970, she worked for several Chilean TV news programs.

During the 1970’s, political unrest broke out in Chile. On September 11, 1973, a US-backed coup d’état ousted the Chilean president Salvador Allende.

Isabel Allende was a direct relative of the now ex-president, and she found herself and her family on a wanted list. She fled to Venezuela with her husband and children.

Since her journalism career was not as recognized in Venezuela, she turned to writing on her own. She and her husband separated in 1978 and Allende embraced her role as a single woman and provider.

During this time she wrote her first novel, which would became one of her top works and bestsellers: The House of Spirits, inspired by correspondence with her dying grandfather. Published in 1982, it was adapted to film in 1994.

A fierce dedication to feminist ideals marks Allende’s life, and you can find threads of her other experiences throughout her novels. Her many homes across the world and life as refugee gave her a deep understanding of the immigrant experience as well.

I have been a foreigner all my life, first as a daughter of diplomats, then as a political refugee and now as an immigrant in the U.S. I have had to leave everything behind and start anew several times, and I have lost most of my extended family.

In 1988, Allende married William Gordon and moved to California. Already fluent in English, she became a citizen, and has made her life in the United States ever since.

Her work however, is deeply rooted in Latin American writing traditions, marked by magical realism:

Magical realism is a genre of literature that depicts the real world as having an undercurrent of magic or fantasy.

Isabel Allende continues to write and receive international attention and awards for her books.

Here is a list Young Adult (YA) literature by Isabel Allende:

Here are 15 bestsellers from Isabel Allende (titles in English):

1. “Accept the children the way we accept trees—with gratitude, because they are a blessing—but do not have expectations or desires. You don’t expect trees to change, you love them as they are.“

2. “Write what should not be forgotten.“

3. “You are the storyteller of your own life, and you can create your own legend, or not.“

4. “Fear is inevitable, I have to accept that, but I cannot allow it to paralyze me.“

5. “We all have an unsuspected reserve of strength inside that emerges when life puts us to the test.“

6. “I’m aware of the mystery around us, so I write about coincidences, premonitions, emotions, dreams, the power of nature, magic.”

7. “How many times have I told you not to believe everything you hear? Seek truth for yourself.“

8. “It is a wonderful truth that things we want most in life… are most easily attained by giving them to others.”

9. “Society decides when we get old. But the spirit never ages.”

11. “I am happier when I love than when I am loved. I adore my husband, my son, my grandchildren, my mother, my dog, and frankly, I don’t know if they even like me. But who cares? Loving them is my joy.“

12. “You can tell the deepest truths with the lies of fiction.”

13. “My worst flaw is that I tell secrets, my own and everybody else’s.“

14. “Perhaps we are in this world to search for love, find it and lose it, again and again. With each love, we are born anew, and with each love that ends we collect a new wound. I am covered with proud scars.“

15. “I can promise you that women working together – linked, informed and educated – can bring peace and prosperity to this forsaken planet.”

16. “Peace requires everyone to be in the circle – wholeness, inclusion.“

17. “Most people feel younger than their age, but the culture values youth, success, beauty, productivity…“

18. “I am happier when I love than when I am loved. I adore my husband, my son, my grandchildren, my mother, my dog, and frankly, I don’t know if they even like me. But who cares? Loving them is my joy.“

19. “We’ve lost our sense of ethics; we live in a world of small-mindedness, of gratification without happiness and actions without meaning.“

20. “We have to defend democracy, but remember that not everything is politics. Without science, industry, and technology, no progress is possible, and without music and art, there’s no soul.“

1. “The longer I live, the more uninformed I feel. Only the young have an explanation for everything.”

2. “Before you conquer the mountain, you must learn to overcome your fear.”

3. “My father says that fear is good; it’s the body’s alarm system, it warns us of danger. But sometimes danger can’t be avoided, and then you have to forget about being afraid.”

4. “Words are not that important when you recognize intentions.”

The House of the SPirits Quotes

1. “Land is something one should never sell. It is the only thing left when all else is gone.”

2. “This is to assuage our conscience, darling” she would explain to Blanca. “But it doesn’t help the poor. They don’t need charity; they need justice.”

3. “We always think things like that only happen elsewhere,” said Miguel, “until they happen to us too.”

4. “She was considered timid and morose. Only in the country, her skin tanned by the sun and her belly full of ripe fruit, running through the fields with Pedro Tercero, was she smiling and happy. Her mother said that that was the real Blanca, and that the other one, the one back in the city, was a Blanca in hibernation.”

5. “You can’t find someone who doesn’t want to be found.”

6. “I write, she wrote, that memory is fragile and the space of a single life is brief, passing so quickly that we never get a chance to see the relationship between events; we cannot gauge the consequences of our acts, and we believe in the fiction of past, present, and future, but it may also be true that everything happens simultaneously.”

1. “If I write something, I fear it will happen, and if I love too much, I fear I will lose that person; nevertheless, I cannot stop writing or loving…“

2. “The two moments are much alike: birth and death are made of the same fabric.”

3. “I learned very quickly that when you emigrate, you lose the crutches that have been your support; you must begin from zero, because the past is erased with a single stroke and no one cares where you’re from or what you did before.”

4. “Time moves so slowly. Or perhaps it doesn’t move at all and it is we who pass through it.”

5. “Remember that all the others are more afraid than you.”

A Long Petal of the Sea Quotes

1. “Nothing can grow in the shade of secrets, she would say, love needs light and space to flourish.”

2. “My heart is broken, he told himself. It was at that moment he understood the profound meaning of that common phrase: he thought he heard the sound of glass breaking and felt that the essence of his being was pouring out until he was empty, with no memory of the past, no awareness of the present, no hope for the future.”

3. “So much hatred, so much cruelty . . . I don’t understand,’ said Victor. His mouth was dry and the ords stuck in his throat.
‘We can all turn into savages if we’re given a rifle and an order,’ said another prisoner who had come over to them.”

4. “Going around in a sulk will get you nowhere. Pain is unavoidable, but suffering is optional.”

This illustrated biography is in Spanish and introduces bother her public and private life (6min 20s):

This is an in-depth introduction to Isabel Allende from National Geographic, in her own words (23min 28s):

Here is a very brief biography of Allende in English (1min 34s): 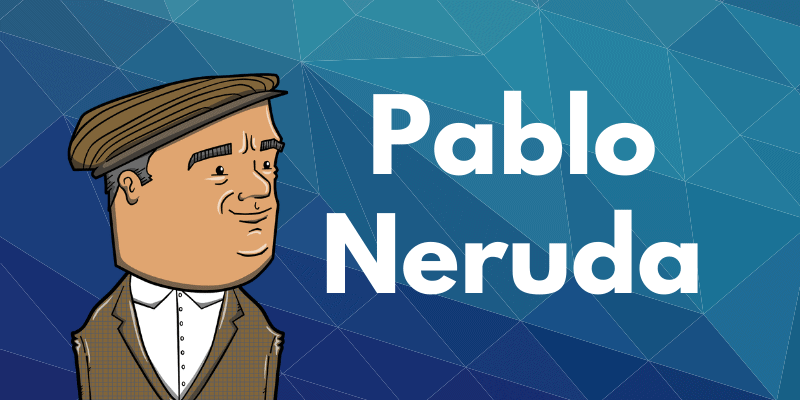