Inside: A round-up of classroom iresources for Spanish Easter traditions.

La Pascua– Easter in Spanish– is a big deal across the Spanish-speaking world, whose history is closely connected to the Catholic church. The month of Lent culminates in Semana Santa, which commemorates the last week in the life of Jesus. In Spain and many Latin American countries, Easter is a bigger deal than Christmas, with deeply rooted traditions.

I’ve included a mix of religious and non-religious activities. In my opinion, it’s important to acknowledge the religious roots because they makes sense of many cultural traditions. I think you can do this without pushing religious beliefs, but I’ve tried to include non-religious options if you have to be careful to stay secular.

Let’s not re-invent the wheel for ideas in the classroom! I’ve gathered some awesome resources, for all ages.

Here’s an overview of ideas for teaching about or celebrating Easter traditions in Spanish. As you scroll down, you’ll see the videos, links, and expanded resources you might want to use. This is just the condensed version:

If you are here looking for specific information and activities for Spanish Easter traditions, you can jump to specific sections here:

Otherwise, keep scrolling and browse away to learn more!

Conejo Finger Puppets (scroll alllll the way down to the songs section to see the Conejito song!)

#Authres for Easter in Spanish

There are lots of infographs you can use with Easter. These are fun to to prompt discussion and give the students a chance to see what they can understand from an authentic resource.

Visit my Easter in Spanish board on Pinterest to find lots more realia! 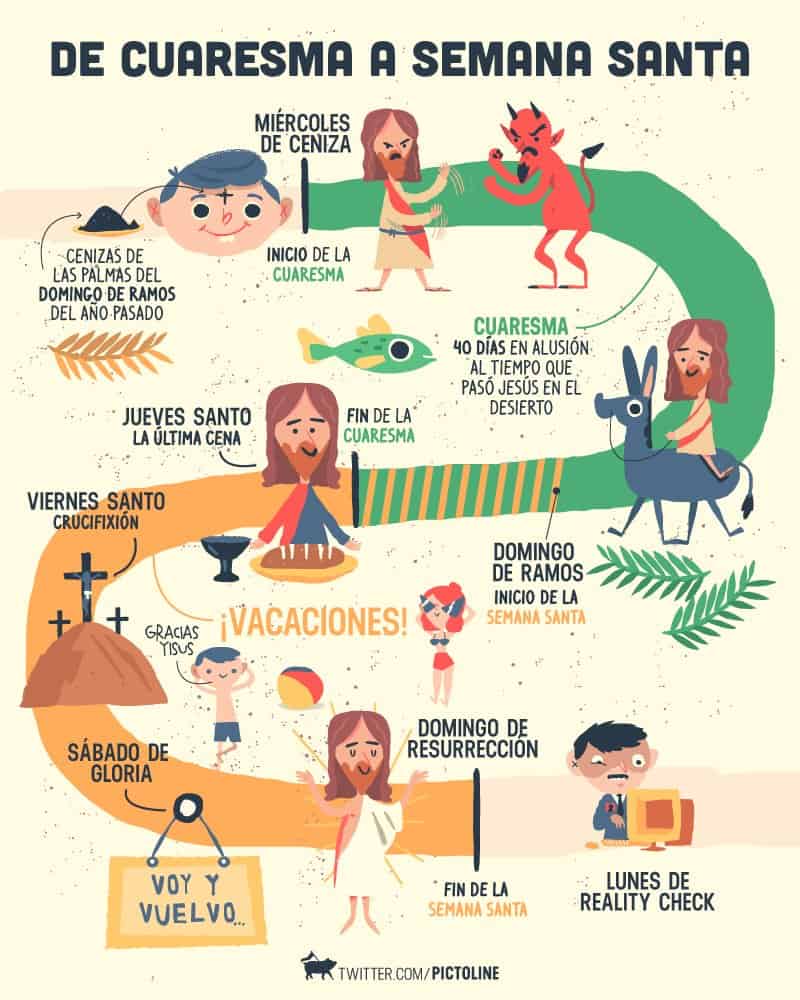 The following videos are designed for Spanish learners who want to know more about traditions in Spain and Latin America.

An Interactive Video on Semana Santa

This one is so cool! You’ll learn all about foods and celebrations all over the Spanish-speaking, and the students get to pick which ones to study first.

Make cascarones! You can have your students paint them or color with markers, fill them with confetti, and maybe even take everyone outside to break them on each other.

Throw Away Your Textbook has some good tips for doing cascarones, as does Mundo de Pepita.

Use plastic eggs to do this scrambled sentence activity from Señora Chase. The nice thing about this one is that you can tie the sentences into whatever theme/story/song you are working on, but it feels Easter-y/Spring-ish because of the eggs.

Use another version of scrambled sentences Totally Comprehensible Latin, with whole sentence strips inside the eggs. This is a dictation & listening activity that can be done in pairs. It takes a little work upfront, but then you only have to supervise once it get going!

Make maracas from plastic eggs with this SUPER-EASY craft.

Videos on Cascarones (Eggs for Easter)

See how cascarones de huevos are prepared in a Mexican market.

How to make confetti eggs, in Spanish (from an adult and from a kid): 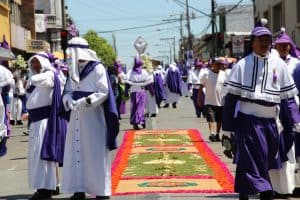 Semana Santa vocab at a glance. (Visiting this site downloads an audio file– you can choose to block it.)

La semana santa en Guatemala from Estudia Feliz. This story includes preterite and imperfect as a teacher recounts her experience while traveling there, and she has more printable resources on her site.

Here are authentic videos that introduce Semana Santa celebrations in different parts of the Spanish-speaking world.

Be aware that the outfits worn on these processions look like the KKK. The capes are meant to symbolize rising to heaven. You will definitely want to preview, and discuss with your classes before using them. (Good opportunity to discuss how culture shapes our reaction to images and symbols.)

A famous & traditional song that works well with spring vocabulary.

So cute, and non-religious for those who need that!

Easter MOVIETALKS or Videos for Kids

Hope these activities and resources have helped you learn more about Spanish Easter traditions, and given you new ideas for classroom activities. If I missed a favorite resource, let me know about it in the comments below!

I have a Dream Speech in Spanish Class