Inside: Printable Carta a Los Reyes Magos, and resources for teaching about Los Tres Reyes.

While children in the U.S. and other countries are busy writing to Santa, other children are addressing their letters to Los Reyes Magos: the three wisemen who visited baby Jesus. They’ll leave their shoes out, along with straw and water, and wake up the next morning expecting a gift. Where is this tradition from, and what does it involve?

The story of three kings visiting the Christ child stretches back 2,000 years. According to the gospel of Matthew, several Magi from the East made the journey to bring the newborn king three royal gifts– gold, frankincense, and myrrh– following a strange star that had appeared in the sky.

Since then, Western Church tradition has recorded them as Balthasar (king of Arabia), Melchior (king of Persia), and Gaspar (king of India). Catholic traditions such as those in Spain use these names, though Syrian and Eastern churches record other names.

Many Christians celebrate Los Reyes Magos on Epiphany, the twelfth day of Christmas, which falls on January 6th. Many families in the Spanish-speaking world leave their Christmas tree up until Epiphany, and have the tradition of children receiving gifts that day. January 5th is a day of parades, in which the Three Kings are reenacted as the Cabalgata de los Reyes Magos, throwing sweets to people watching in the streets.

In many places, children write letters to the Tres Reyes Magos in anticipation of Epiphany. The night of January 5th, they leave their shoes by the fireplace, doors, or windows. Many families leave food for the Magi, as well as straw and water for the camels, or a box of greens. During the night, the Magi will travel the world and leave gifts. When kids wake up in the morning, they find presents (sometimes wrapped, sometimes candy or money) where they left their shoes. Sometimes they also find that the food has been nibbled at, or even disappeared!

In some parts of the world (including Spain and Mexico), families eat a ring-shaped cake with candied fruit on top, and sometimes cream in the middle. The fruit represents the jewels from the Reyes Magos, and inside are two hidden objects: a faba bean, and figurine (in some parts, it’s a king, or Magi, in others it’s a different figure). The person who find the figurine in their slice gets crowned king or queen of the day. The unlucky person who gets the bean has to pay for the roscón!

To learn more about the traditions surrounding the Reyes Magos, I’ve got a round-up of resources below, to help you teach about them in the classroom or at home.

Here are some suggestions for learning about the Reyes Magos through picture books in Spanish. Remember that if you are working with Spanish learners and the text is too advanced, you can do a “book talk”– simply narrating the text in more comprehensible language.

If you’d like to write a letter to the Reyes Magos, I’ve got some fun templates for different ages and learners. They include editable versions, so you can adjust to the proficiency levels of your students. Click here or on the image to download the set!

If you have students who can learn about religion in the context of culture, but feel uncomfortable “participating” in a religious holiday with something like a letter, the set includes a more neutral reflection on the past year for older students.

Mini-Bundle on The Three Kings in Spanish from Monarca Language

Presentation, Games, and Activities Based on Reyes Magos Video from Elena Lopez

Try this adorable and comprehensible infograph from Mundo de Pepita, perfect for a younger crowd, or these options:

Here are some videos that show different traditions and the story behind the Magi, for different ages and proficiency levels.

News clip on Día de Los Reyes, with lots of interviews with kids: 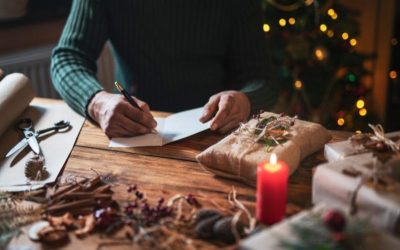 Inside: A collection of Christmas quotes in Spanish (o frases de Navidad) to brighten your holiday season. In both Spanish and English-speaking countries, Christmas is one of the most cherished holidays. The quotes, proverbs, and messages in this post give us a peek...

Free Printable Christmas Cards in Spanish (With Other WInter Holidays!)

Inside: Download some gorgeous designs for Spanish Christmas cards. The printable PDF also includes other popular winter holidays! Who’s up for some holiday freebies? I had a lot of fun designing these free Christmas cards in Spanish. Most have a watercolor look, as...