Inside: Fun Spanish games for kids (preschool and elementary), to learn Spanish.

I have a ton of Spanish learning games I’ve collected over the years. But I’ve been missing a list just for younger kids!

Here are games that are easy to explain, not-too-competitive, and require more listening than speaking. These are best for preschool and early elementary, before drawing and writing skills are ready to go.

Little learners have tiny attention spans. In my experience, they’re even shorter in a foreign language class. So keep it moving along, and end the game if the interest is waning.  Anytime you are working with young kids, I recommend lots of songs, puppets, and movements. If you are looking for preschool, you may want to see my Spanish preschool series.

This one is similar to musical chairs, and requires a set of cards with images of the target vocabulary.

If you are studying numbers, for example, hand out number cards to all of the students. (It’s okay if several students have the same number.) Turn on music and allow them to move around. When the music stops, call out a number. Whoever has that number sits down, and play continues until one student (or one number) is left!

(I saw this game discussed in the Facebook Group Teaching Spanish to Children, run by Munde de Pepita. Definitely join if you haven’t already!)

Again, prep a set of picture cards. (Credit to Susan O’Donnell Bondy for the idea!)

Have the students sit in a circle, and spread the cards out, face up, in the middle of the circle. Tell the students close their eyes, and hide a cut-out of a button (or whatever object you choose) under a card. The students take turns guessing which card it’s under. This sounds like an output-heavy activity (the students have to say the word), but you can provide a ton of input here: A ver, ¿está debajo del queso? ¡No, no está debajo del queso! ¿Dónde está? Or, if someone says el pollo, point to the zanahoria  and ask, ¿Éste? ¡Ay no, no es el pollo!

Susan shared that she has a chant that her students do. In Spanish, it could be something like Boton-cito, boton-cito, ¿dónde está?

Bingo is fun for all ages, but doesn’t always work with younger crowds. If your students aren’t able to grasp the concept of 4-in-a-row, simply play to fill the boards, without a winner. They’ll still enjoy playing, and it’s a great listening activity.

I’ve played this one for a long time, but I love Julie’s take on this one from Mundo de Pepita. Read her post for a full explanation, but here is the basic explanation of how I play: have a set of objects or pictures in front of the students. Have them close their eyes (or turn away!), and remove one object. They open their eyes, and guess which object is gone.

This is another fun guessing game, and best if it’s a real object or toy. I like to call up one student to put their hand in the bag, and feel they object. They can guess what it is, and if the answer isn’t correct another student gets to try guessing.

For slightly older classes who know some basic like colors, big, small, you could also give them clues about what’s in the bag, and have them take some guesses after each clue.

Sometimes it helps to just see an activity instead of reading about it. You can check out this FB live I did, where I explain in more detail how to teach a class using these fun Spanish games for kids.

What other fun Spanish games for kids do you like to use? Let me know in the comments below! 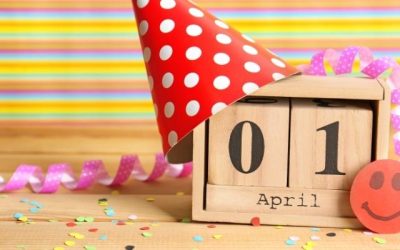 Inside: Fun ideas for pulling some lighthearted April Fool's pranks in Spanish class. We Spanish Teachers are already known for being pretty fun and animated. When it comes to April Fool's, there are definitely some fun pranks you can pull in class. Before we dive in,...