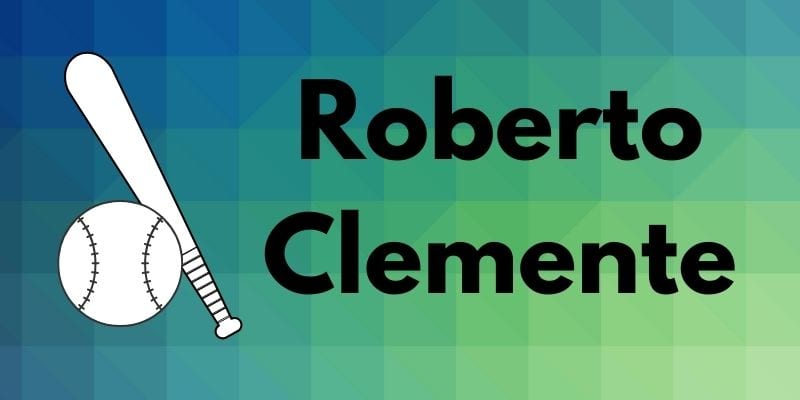 Inside: Roberto Clemente quotes, along with a collection of resources for learning about his extraordinary life and career.

Once in while, a celebrity comes along whose professional accomplishments are as remarkable as the integrity and kindness in their personal lives.

Roberto Clemente broke barriers and records as a Puerto Rican baseball player in the United States. Though his life was tragically cut short, we can honor his legacy by teaching our students about both his athleticism and also his humanitarian work.

If you are here just looking for Roberto Clemente Quotes, click here to jump to that section.

Before we dive into more quotes from Roberto Clemente, let’s take a look at his life and I’ll share some resources for learning more about him.

Roberto Clemente was born in Puerto Rico August 18, 1934. He began playing for the Puerto Rican national league at 17 years old, and moved to the U.S. in 1954 to play for the Brooklyn Dodgers. At first, he was assigned to the Montreal Royals.

By the late 1950’s, Clemente’s career began to take off. He signed with the Pittsburgh Pirates in 1955 and helped them win the world series in 1960.

Clemente suffered discrimination, along with other minority players. Jim Crow laws were still in effect during his early career.

Clemente died tragically in a plane crash delivering goods to Nicaragua, as part of his humanitarian work, in 1972. He was survived by his wife Vera and their three sons. Vera Clemente said of him, “I still see him sometimes when I am alone. People remember him as a ballplayer, but he was so much more. He was a father, a husband, a wonderful man.”

Clemente is also remember for his charity work and service in the Marine Corps during the off-seasons for several years. In 1971, the MLB established the Roberto Clemente award, given to a player who exemplifies the same combination of excellence on the field, and community involvement.

When Roberto Clemente was in high school, he was a javelin thrower. This may have helped developed his powerful arm and throw.

According to Clemente, “My mother has the same kind of an arm, even today at 74. She could throw a ball from second base to home plate with something on it. I got my arm from my mother.”

The legacy of Roberto Clemente, in just under 9 minutes.

An in-depth, hour-long biography in English.

For very young kids, this video in Spanish is a great introduction that lasts under a minute.

Another video in Spanish, this biography lasts just under 10 minutes and shows many pictures and videos from throughout Clemente’s life.

Here are some Roberto Clemente quotes that show his character and relation to baseball.

1. “I loved the game so much that even though our playing field was muddy and we had many trees on it, I used to play many hours every day.”

2. “If you have a chance to accomplish something that will make things better for people coming behind you, and you don’t do that, you are wasting your time on this earth.”

5. “They said you’d really have to be something to be like Babe Ruth. But Babe Ruth was an American player. What we needed was a Puerto Rican player they could say that about, someone to look up to and try to equal.”

6. “Why does everyone talk about the past? All that counts is tomorrow’s game.”

8. “I am convinced that God wanted me to be a baseball player. I was born to play baseball.”

9. “The farther away you writers stay, the better I like it. You know why? Because you’re trying to create a bad image of me… you do it because I’m black and Puerto Rican, but I’m proud to be Puerto Rican.”

I hope these ideas and resources were helpful to you! If you have more ideas for Roberto Clemente lessons, let me know in the comments below! 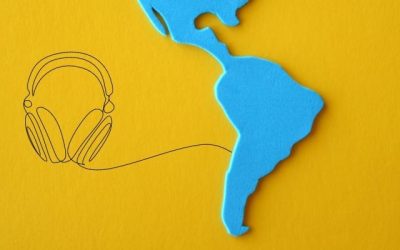 Spanish Countries songs (And Capitals) Your Students will Love