Spanish vs. English: Which is Easier to Learn?

Inside: Spanish vs. English– which one is easier to learn?

My husband and I have a long-standing spat. He’s a native Spanish speaker who likes to complain about how weird and hard English is. I’m always quick to point out how hard and complicated Spanish grammar is.

I’m not sure if we are really arguing over facts; it may be we really just want the other person to understand what’s hard about speaking their language. Perhaps we mean to say: Do you see how hard I’m working to speak YOUR language?

Either way, we’re all fairly blind to the complications of our native languages. This is one of the reasons it’s valuable to study a second language: we develop more self-awareness, and hopefully a whole lot more empathy for immigrants and friends learning our language.

That self-awareness is a side-goal of my classes, and I like to show this clip early in the year. It’s a fun reminder that English only seems easy because they unconsciously learned it and use it. (As an aside, I aim for a similar “unconscious” experience and ease in acquisition in my Spanish classes— to the degree it’s possible with older students.)

But back to English vs. Spanish.

Social media informalIy tells me there’s an overwhelming consensus: English is WAY harder for Spanish-speakers to learn. I’ll concede that the erratic nature of English is obvious. You don’t have to look far for examples:

I think people are right that English is harder, but it is really WAY HARDER than Spanish? Let’s do our best to find out.

(I doubt this will be a conclusive post. When I decided to research, obviously I starting by googling around. The first two or three pages were almost entirely posts by companies selling language-learning materials. If you have a more scientific, research based article lying around, PLEASE let me know.)

So: IF you’re interested in an amateur examination of Spanish vs. English, read on.

Which language has more words?

“There is no single sensible answer to this question. It’s impossible to count the number of words in a language, because it’s so hard to decide what actually counts as a word. Is dog one word, or two (a noun meaning ‘a kind of animal’, and a verb meaning ‘to follow persistently’)?” – Oxford Dictionary

Ok, but can we roughly estimate word counts?

“The Second Edition of the 20-volume Oxford English Dictionary contains full entries for 171,476 words in current use, and 47,156 obsolete words. To this may be added around 9,500 derivative words included as subentries.” – Oxford Dictionary

“Current editions of the Diccionario de la Real Academia Española (the dictionary of the Royal Spanish Academy), the closest thing there is to an official list of Spanish vocabulary, has around 88,000 words. In additional, the Academy’s list of americanismos includes about 70,000 words used in one or more Spanish-speaking countries of Latin America. So to round things off, figure there are around 150,000 “official” Spanish words.” – ThoughtCo.

Approximately (and according to the scant information I could find), English has about 180,000 words in the dictionary and Spanish has about 150,000. You generally use more words to express something in Spanish (English is more grammatically dense):

How useful are these numbers? I’m not sure. I think the more relevant numbers are how many high-frequency words a native speaker depends on in a day, and I couldn’t track that info down.

Historically, Spanish takes foreign words and applies Spanish rules: people here say Goo-glay and Che-vro-let. (Though I wonder if this will change with the advent of social media– “selfie,” anyone?) English, on the other is a mish-mash of Anglo-French and Germanic influences, and evolved significantly from Old English into Modern English. We maintain French rules, for example, when we say She-vro-lay.

Basically, Spanish is a lovely and perfectly phonetic language. English, on the other hand, is VERY hard to read, pronounce, and write. Spanish has 25 phonemes; it’s generally agreed that English has 44 phonemes. (Phonemes are speech sounds.)

So it’s generally harder for a Spanish speaker to pronounce English well. It means learning entirely new sounds. While the English speaker will need to learn “rr” and nuances like “b” and “v,” Spanish speakers have a longer list. “Th” and new vowels sounds are particularly difficult.

Writing and reading is difficult in English, even for native speakers. Consider that the sound /sh/ can be represented by all of the following: sh, ce, s, ci, si, ch, sci, and ti.

I remember learning Spanish in Peru and being very frustrated when I would ask for the spelling of a word. Instead of spelling it, my friends would just enunciate the word again: sim-pá-ti-co. I guess there’s a reason Spelling Bees aren’t a big thing in Spanish.

One more point that sort of fits here:

“Do you ever feel like speakers of foreign languages are talking really, really fast? If you feel this way about Spanish or Japanese, you’re correct! These two languages were spoken faster than the others, at a rapid 7.82 and 7.84 syllables per second, respectively. On the other end of the spectrum, English and Mandarin Chinese were relatively slow, at 6.19 and 5.18 syllables per second, respectively.” – Transfluent

So while it’s easier to write and read in Spanish, it’s fair to say that listening to spoken Spanish is hard.

In terms of general grammar rules, English rules seem harder explain or “make sense of.” Spanish rules are more formulaic but still may take a long time to master.

Gendered Nouns. On the surface, this is fairly easy to explain: masculine vs. feminine, and here are the exceptions. But it really means knowing the gender of EVERY noun, and applying this knowledge in almost EVERY sentence. It’s a huge extra “layer” that you don’t have to worry about in English.

Negation. In Spanish, a “no” in front of the word usually does the trick. In English, there are a variety of pre-fixes to choose from: “un-,” “dis-,” “in-,” and “non-.” Negatives go together in Spanish as well (“No quiero nada”), while we mix them in English.

This is where Spanish gets significantly more complicated than English. Spanish has 14 complete paradigms for verbs– seven simple tenses, and seven compound tenses.

I think the numbers speak for themselves here. To conjugate the regular verb bailar in Spanish, I counted 56 different verb forms. (Correct me if I’m wrong, hehe. It took several counts. ) In English, I counted 4 (dance, dances, danced, dancing).

The subjunctive mood isn’t a big deal in English, and generally follows the indicative verb forms. “I hope you get well soon,” “I hoped you would get well soon.” (“I wish _____” is a notorious exception.) In Spanish, however, it introduces an entirely new set of endings– including present, past, and future in the subjunctive. “Espero que te mejores pronto,” and “Esperaba que te mejoraras.”

The imperative in Spanish means two new sets of verb endings, for positive and negative commands. In English, a positive command is the same as in the indicative, and a negative is formed by putting “don’t” at the front.

CONCLUSION ON SPANISH VS. ENGLISH

My sense is that Spanish is more formulaic: it lends itself better to charts and logical explanations. However, the grammar is quite extensive. There are many who will reach intermediate proficiency quickly, and sound extremely natural. Those people might still struggle to express very complex ideas, even after massive input. I suspect Spanish is more quickly comprehensible. Even though learners may not produce highly accurate verb forms, they can grab onto the “stem” and make sense of it.

English, due to its origins, is more erratic. The rules are quite complex in a sense (especially when it comes to phonetics), but with no gendered nouns and few verb endings. It will be harder to sound like a natural in writing or speaking, but not such a stretch to communicate theoretical ideas.

IN CONCLUSION: I really don’t know, but I feel better prepared to explain the unique challenges and perks to learning either language, as a native speaker of the other language.

I WILL SAY THIS: After writing this blog post, I am ever-more committed to language acquisition through comprehensible input. Newbies shouldn’t be getting bogged down in the rules. Period.

Do you have the definitive answer to this? Tell me all about it in the comments below? 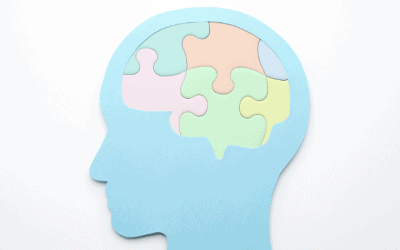