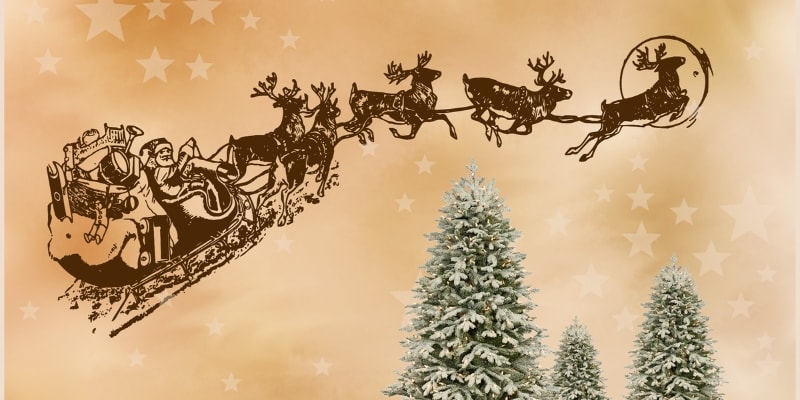 Regardless of languages, Santa Claus is known the world over as an icon of Christmas. Every year, he spends Christmas Eve flying a sleigh drawn by reindeer and bringing presents to children.

The legend began with St. Nicholas, from modern-day Turkey in the 3rd century. He was the patron saint of children, known for his kindness and charity.

It’s believed the Dutch brought St. Nick to the Americas, when New York was known as New Amsterdam.

Now, Santa Claus can be found among the traditions across Europe and Latin America, and beyond. But how does he fit into the other common traditions?

Let’s address the most common questions about Santa Claus in Spanish-speaking places.

How do you say Santa Claus in Spanish?

Papá Noel is the most common term for Santa Claus. This seems to be sourced from the French term, Pere Noël, similar to the English term Father Christmas, and used first in Spain. Santa Clós or Santa Cló is also common, as is simply saying Santa Claus or Santa, in some countries.

There are a few different names for Santa Claus in Spanish, though, if you keep looking!

Throughout the world, Santa Claus has many different names: San Nicolás (St. Nicholas), Santa Claus, Viejito Pascuero (Old Easter Man), Padre Hielo (Father Ice)….. What does not vary is the figure of the pot-bellied old man, with a pink complexion, dressed in a red suit and long white beard, who has become the most beloved Christmas character.

Do Kids ask Santa for Presents in Spanish-Speaking Countries?

There is too much variety among Spanish-speaking countries to tell just one story. It depends on where you live and on your own family traditions.

While kids in some places do ask Papá Noel for presents, the most common tradition is asking for gifts from Los Reyes Magos. (More on that below!)

In some places, the Baby Jesus himself (el niño Jesus) is the one who gives gifts to children.

Many families in Spain and Latin America put the focus on Nochebuena (Christmas Eve). They may attend a midnight mass, and then gather for a meal and gifts. So while children might get their gifts on December 25th, they don’t have to wait until the morning!

Many countries observe the tradition of  Epiphany, on January 6th. Mexico, Spain, Guatemala, Puerto Rico, Venezuela, Argentina, are just a few of the countries that celebrate this day.

According to this tradition, children leave their shoes out before going to bed. During the night of January 5th, Los Reyes Magos leave gifts for the children.

So although there’s no one going down the chimney, there are lots of overlap or parallels between Santa on Christmas Day and The Three Kings on Epiphany:

What other Christmas Traditions do Spanish-Speaking Countries have?

As mentioned, many people attend a midnight mass, share a midnight meal, and open gifts starting on Christmas Eve.

This is a 9-day reenactment of Mary and Joseph searching for a place to stay in Bethlehem. Each night, “Mary and Joseph” lead a procession of people to different home, knocking on doors until one invites them in for music, food, and celebration. Las Posadas is primarily known in Mexico, Guatemala, and Honduras.

In plazas, businesses, and homes, it’s common to see a Nativity Set of figurines representing the birth of Jesus Christ.

Music is a huge part of Navidad! See my collection of the most famous Christmas songs in Spanish.

This is a brightly decorated sweet bread-like cake formed in a circle. It’s supposed to resemble a crown with jewels in it, and is served on Epiphany. Sometimes people hide a small baby Jesus figurine in it, to see who has to make the roscón the next year.

This is a Christmas jackpot tradition from Spain. El gordo literally means “the fat lottery.” The winning numbers are chosen on December 22nd, and the money is divided between ten people.

This is a Catalan tradition in Spain. It’s (get ready) a decorated log that gets fed, hit with a stick, and sung to in order to produce presents. 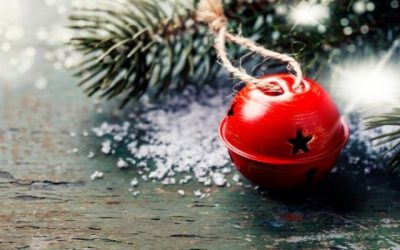 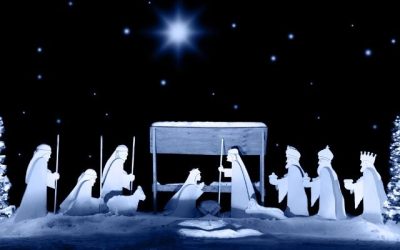 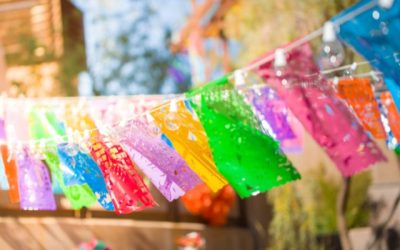 Student Alternatives for Day of the Dead

Inside: Ideas for students who need a Día de Muertos alternative. Most of us who teach Spanish love incorporating culture into our lesson plans, and Día de Muertos is no exception! Imagery from Day of the Dead is increasingly common, both in stores and from movies...