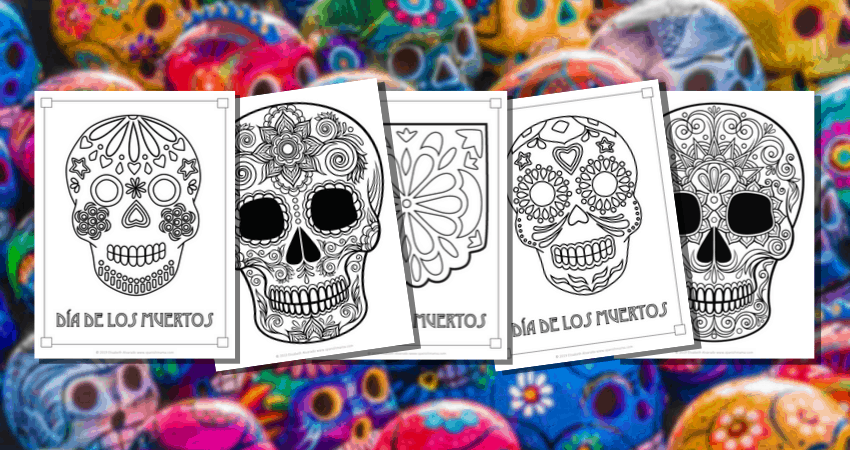 Inside: Sugar skull coloring pages and more printables for Day of the Dead.

Day of the Dead is one of the most well-known holidays in Mexico, and also celebrated in many parts of Latin America. It stems from pre-Hispanic traditions of honoring ancestors and their ongoing presence in the life of the living, and was later mixed in with the Christian customs brought by Spaniards.

Although it’s sometimes confused with Halloween since it falls on November 1 and 2, the meaning behind Day of the Dead is very different! It’s not meant to celebrate spooky or scary things, but rather celebrate the lives of those who have died. Even though you’ll see many symbols of death like skulls or graveyards, those things are not meant to communicate fear or darkness. Instead, bright, vivid colors are a staple of Day of the Dead images and decorations.

One of the most iconic images for Día de los Muertos are the sugar skulls, or calaveras in Spanish. These are sometimes literal sugar skulls, mini replicas made out of sugar. These calaveritas can be placed on the altars created in memory of family who has passed on, or they can be gifted between family and friends as well.

“…skulls are placed as decorations to recognize the person who has passed. His or her name is written on the sugar skull’s forehead and, depending on the age of the deceased, the size of the skull might vary — baby skulls are dedicated to those who passed at a young age and larger skulls are for adults. The colors of the skulls differ, too. Some are covered in ribbons and icing, others are dipped in glitter and decorated with bright adornments like hats and bows. While you’ll find a variety of versions, you won’t find any that lack color, because color reflects life, and the Day of the Dead celebrates just that.” – from PopSugar Latina

Related: 50 Day of the Dead Activities and Resources

As part of processions or visits to graveyards, many people paint their faces. According to Day of the Dead.Holiday,

“…sugar skulls can be decorated in all kinds of colors, but when people paint their faces as if they were sugar skulls themselves, the colors they use hold a special meaning. Red is used to represent our blood; orange to represent the sun; yellow to represent the Mexican marigold (which represents death itself); purple is pain (though in other cultures, it could also be richness and royalty); pink and white are hope, purity, and celebration; and finally, black represents the Land of the Dead.”

You can keep those representations in mind as you color your sugar skulls too!

To access the sugar skull coloring pages, click on the button below and you will be sent to the file in Google Drive. Coloring pages for papel picado and monarch butterflies are included in the download, just in case there are teachers who have students uncomfortable with images of skulls. The larger two sugar skulls at the end could be printed, colored, and cut out for masks as well! 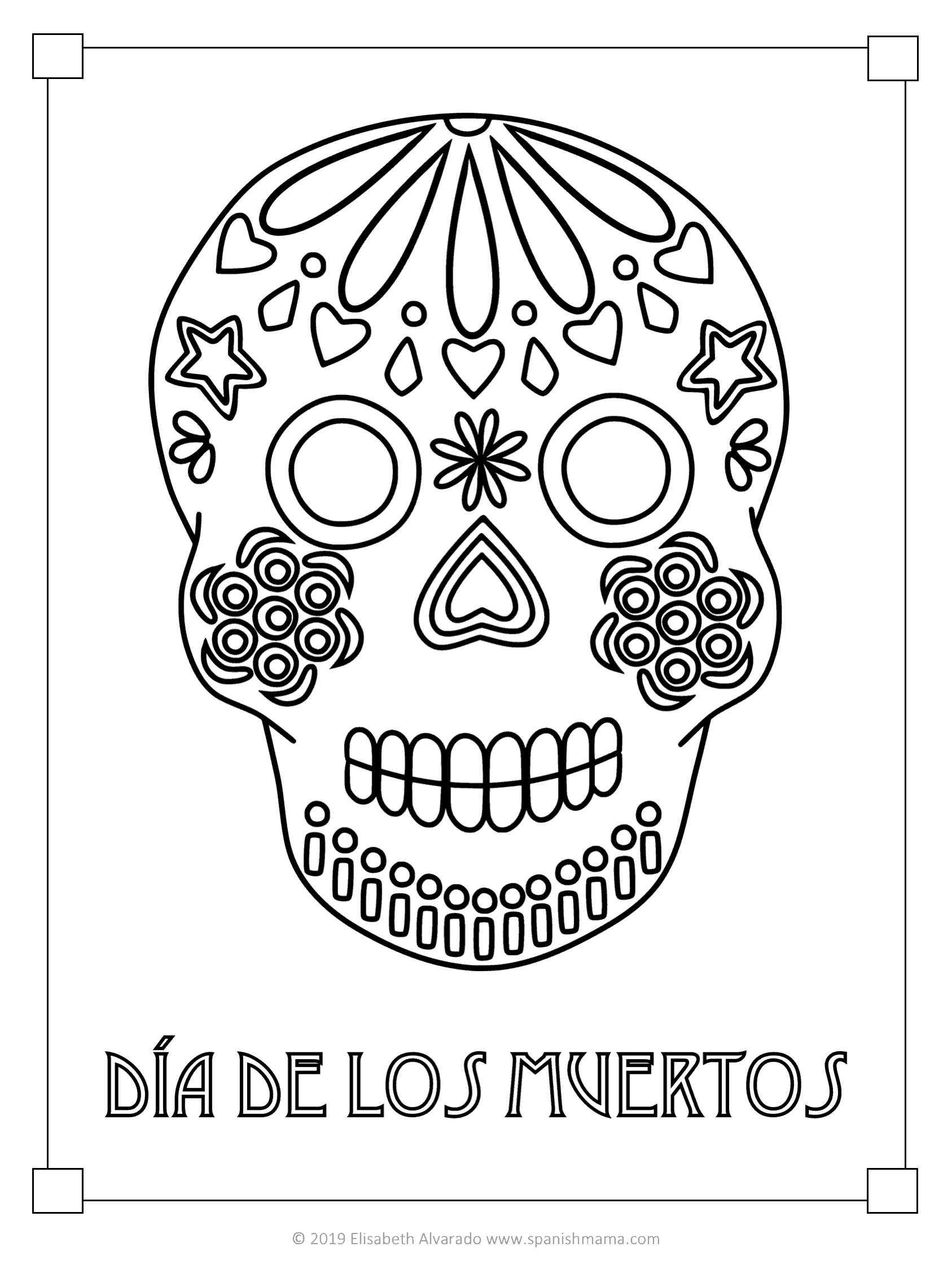 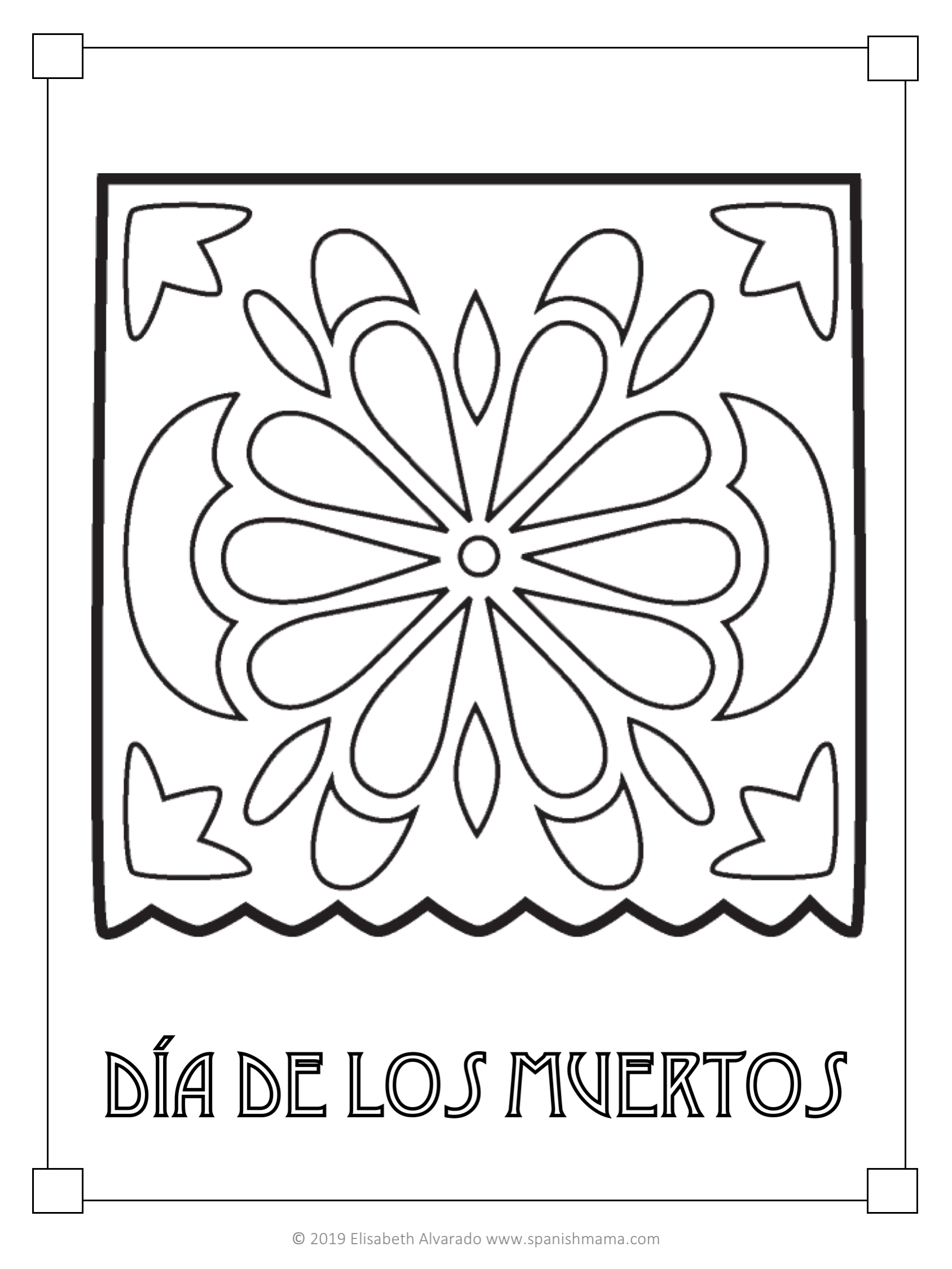 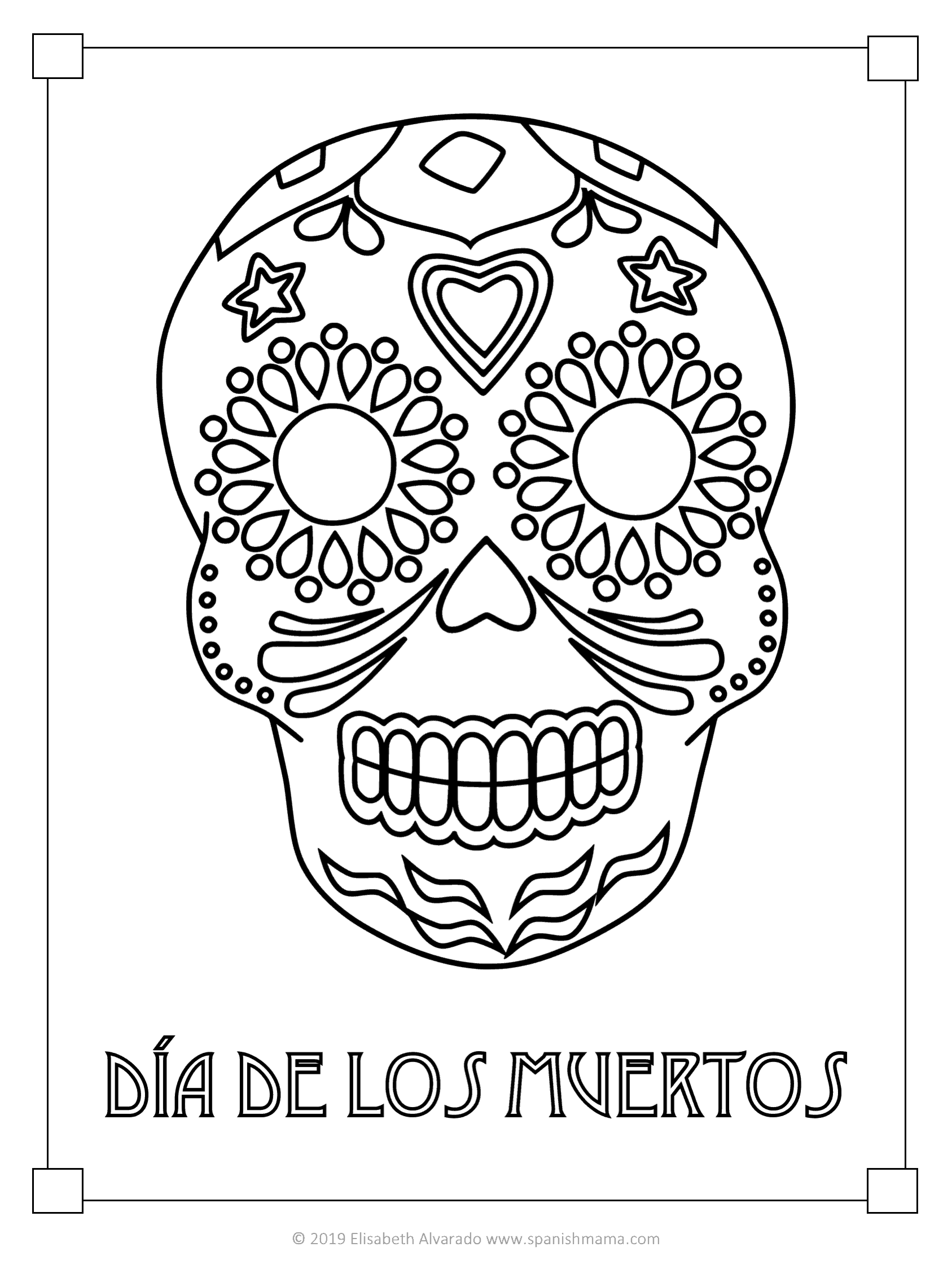 I hope these Day of the Dead coloring pages are helpful for your home or classroom! You may be interested in these related posts as well: 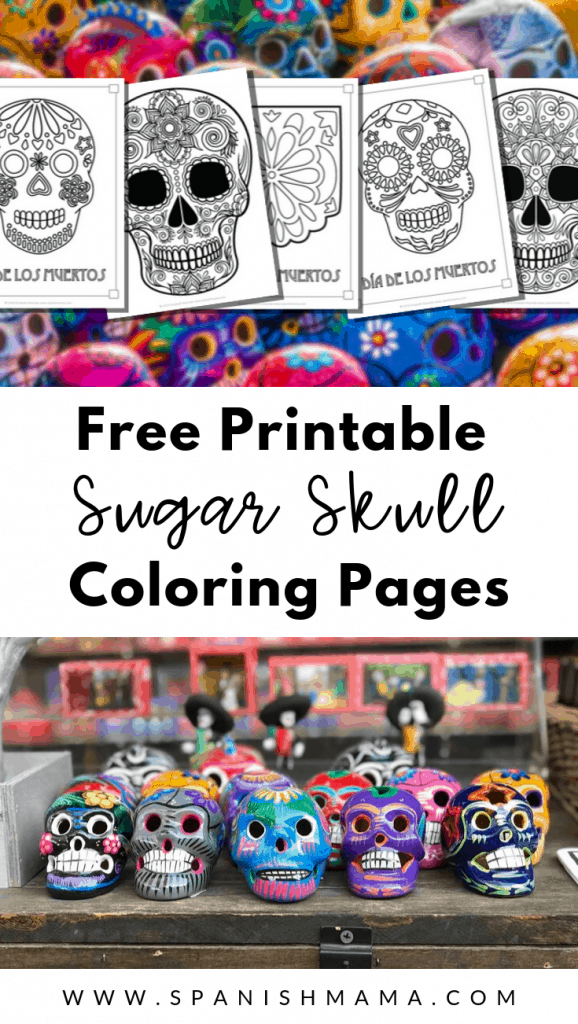