Inside: The best Spanish songs for kids, in Spanish-music albums.

As we raise our own kids bilingually, we’ve tried to make our home atmosphere bilingual. That means music on both languages! Since I’m not a native Spanish speaker myself, I’ve always relied on music to put us in touch with Hispanic traditions and authentic language. Spanish-speaking culture varies widely across countries, so there’s a rich musical tradition for kids across many genres.

If you’re looking for songs in Spanish for kids on YouTube, I’ve got a ton of themed lists. But sometimes you want a physical or digital album you can turn on in the car or put on in the background, without screens or ads happening. So today I’m sharing a list of Spanish-language albums for families learning together, or creating that rich bilingual atmosphere.

(And psst… if you have a bilingual baby shower coming, a Spanish board book coupled with a Spanish music CD would be a perfect gift!)

Many of the classic and folk songs were new to me a few years ago, and it’s been so fun to learn together with my kids. Here I’ve got a collection of favorite traditional songs and newer songs. Please let me know if you have an album you love, that I should check out!

Here I’ve collected all kinds of nursery rhymes and folk songs for kids in Spanish.

Here you can listen to newer songs in Spanish, written for children.

José Luis Orozco is an iconic singer for kids, and one of my very favorites. His music tends to be just his voice, sung with a clear accent and accompanied with a guitar, which is helpful for Spanish learners just getting to know these songs. His two albums below are a nice mix of songs and traditional rhymes in Spanish.

Marta Gomez is another artist covering traditional children’s music in Spanish, and the arrangements in her songs are just as beautiful as her voice– “On her songs, Marta mixes the joy of the Caribbean with the nostalgia of the Andes adding jazz and pop elements, taking the authenticity of South American indigenous folk music into a new realm.” I can have her on in the background all day!

Sonia de los Santos is another artist which parents can enjoy along with the kids. On ¡Alegría!, a bilingual album for families, “Sonia thought deeply about the elements of her life that bring her joy and tried to capture them in her songs to share with others as she believes that these days it is more important than ever to find reasons to smile and stay grateful.” With a bicultural childhood herself, her albums will especially appeal to Spanglish families like ours.

I totally have a soft spot for Colombian artists, and Nathalia’s music has that rich, lyrical, range of sound that takes me to my happy place. There’s everything from lullabies to vallenato-inspired to reggaton-ish songs, in a mix of Spanish and English.

Ana Calabrese has put together a wonderful album specifically for Spanish learners, Short + Fun Spanish Beats. This collection is perfect for young kids learning the basics like colors, days of the week, and greetings. I love that the songs are a little more than simply chanting a list of words, but keep the language simple enough to be comprehensible for beginners.

123 Andrés shares with us a wide range of musical styles (salsa, bachata, mariachi, Latin pop and more), in a bilingual format that families will love. He shares positive messages that range from immigration themes (Mi Padre Fue Un Trabajador Migrante) to friendship and manners (Mi Amigo Paul), that also work in learning topics. I love his songs like Dame una A for the vowels, and Diez Pajaritos with math concepts. Clever, fun music that belongs in every bilingual home!

A former indie rockstar, Mister G is a an award-wining Latin Grammy winner who produces bilingual songs. His music is mix of styles that will appeal to younger kids as well as older kids too. His albums are so prolific it’s hard to know which ones to show below from Amazon!

Something I regret is not having a bilingual set of lullabies to play for my babies or put on for bedtime. I learned some of the traditional ones to sing myself, but didn’t have a great playlist ready to go.

La Luna (Caciones para Soñar) from 123 Andrés is full of beautiful, folksy covers and a few original songs for bedtime.
Putumayo Kids Latin Dreamland features various artists and a mix of lullabies with a very rooted-in-Latin-America sound.
Canciones de Luna from Marta Gomez is another lovely collection of traditional and new lullabies in Spanish.
Arullos: Lullabies in Spanish from José-Luis Orozco features well-known lullabies, gentle and with a touch of Mexican flavor.

Here are some recommendations to buy, and the Spotify playlist I wish I’d made before!

Some of you reading this might be just beginning to learn Spanish together. Though I still recommend listening to and learning traditional Spanish nursery rhymes and folk songs, you might want an album that specifically teachers some concepts like numbers, days of the week, greetings, etc. If that’s you, here are some options!

Perfect for newbies, these songs alternative between Spanish and English versions and they stick to more basic language (lists of vocabulary like the ABCs, numbers, etc., while still providing whole language.)

These songs are really nicely done, but might be complicated for absolute beginners. If you and your kids speak a little bit, this is a good choice because it provides whole sentences, so you’re getting language in context.

Hope these suggestions fill your Spanglish home with good music! As always, leave your suggestions in the comments below and let me know what other great music is out there.

by Elisabeth Alvarado | Mar 30, 2021 | Culture and Holidays, Other, Spanish Resources

Inside: Find resources for celebrating Earth Day (día de la Tierra) in Spanish class. Earth Day, or día de la Tierra in Spanish, is celebrated every year on April 22. It's a special day to focus on taking care of the earth though things like protecting nature,...

Inside: A round-up of classroom iresources for Spanish Easter traditions. La Pascua– Easter in Spanish– is a big deal across the Spanish-speaking world, whose history is closely connected to the Catholic church. The month of Lent culminates in Semana... 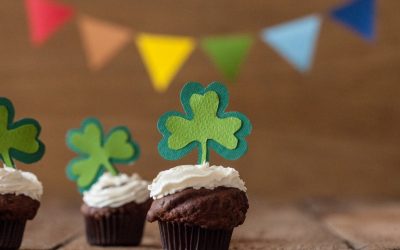 St. Patrick’s Day in Spanish: Resources and a Surprising Story