Inside: Advice and tips for parents asking “What if my child doesn’t want to speak Spanish?”

Before actually having children, it was easy to imagine how they would turn out. We, the parents, would do a, b, c, and our children would beautifully result in x, y, z.

What if you carefully prepped all the Spanish-language CDs, stocked the book basket with Spanish titles, spoke Spanish to your baby since birth… and one day she decides she just prefers to speak English?

What do you do?

What about the 3-year-old who understands you perfectly but mixes languages when he speaks? What about your teen who has decided Spanish isn’t cool? What if you decided to start Spanish late in the game, and your kids just don’t want to jump on the Spanish train?

If any of these scenarios describes you, know that you’re in good company. These are common issues in any bilingual family. It’s possible too that you’ll experience seasons where everything is going well, and other times where that awesome ideal of being a bilingual family goes awry.

As we look for answers in dealing with resistant speakers, it’s important to keep this in mind: we can’t actually control what language our children speak. The Bilingual Edge puts it like this:

I want to explore some practical ways to “set the stage” so our children want to speak Spanish, but first it’s important to make a vital distinction between input and output. Output is the language your children produce. It’s important, but it’s not actually how they acquire language.

If you think about how children learn any language, this makes sense: babies and toddlers acquire a mammoth amount of complex language, at a time in their life when they’re completely silent or can only produce some isolated phrases. There are fascinating studies of children adopted internationally who still retain traces of their birth language:

The team of researchers at McGill University’s Department of Psychology and Montreal’s Neurological Institute found that the language an infant hears at birth creates neural patterns that leave their mark on the brain. Even if the child completely stops using the language, the unconscious brain remembers it in some capacity.

This means that language learning is never, ever, wasted. The one absolutely crucial factor in your children’s bilingualism, in fact, is the input they receive. This is really good news, because this is something you can control! You get to decide how much Spanish you will speak to your kids. Especially when they’re little—just the time when input is so crucial—you can decide to fill your home with music, books, and movies in Spanish.

With that in mind, it’s obviously still ideal if your kids respond to you in Spanish and enjoy speaking it. It’s easier to maintain that rich flow of language, and their language confidence will be high through daily use of it.

HOW TO MOTIVATE YOUR KIDS TO SPEAK SPANISH

So here are five ideas for setting the stage: creating an environment in which your kids want to speak Spanish.

Whatever else you do, seek ways to make hearing and speaking Spanish fun. If you are actually doing “Spanish lessons” with your kids, make sure to include lots of games, music, and silliness. If you’re raising your kids bilingually, think of routines that everyone will enjoy and can always be Spanish-only. These could be movie nights, game nights, dance parties, eating out at a Latin restaurant, going to festivals or concerts—whatever says fun to you and your kids!

A lot of this will come from the parents’ energy and attitudes, and it’s definitely easier to start when they’re young and think time with mom and dad is the best.

This is something that will just look different from family to family. Some parents with young children set up very early on that “with Mommy it’s only Spanish,” and use strategies like pretending not to understand English, or waiting for their child to repeat the request in Spanish. Parents who are successful in this approach generally put a big effort into consistency from the start, keeping it positive, and maintaining a strong bond with their kids.

Other families haven’t been quite so strict, but still choose to consistently speak Spanish to their kids regardless of how the kids answer. Many parents will re-state their child’s request, for example:

We found ourselves doing this one a lot with our second daughter. She was a big mixer, and until the age of four and a half, didn’t “get” the Spanish vs. English distinction (unlike our son—who never mixed, even as a toddler!).

Still other families accept a mixed approach, and Spanglish is simply the accepted home language. This is actually where we are right now. Because we live back and forth between the U.S. and South America, our kids get huge amounts of quality exposure to both languages, and don’t prefer one language over another. Because of that, we don’t have to be quite so strict because of that. However, if we reach a point of imbalance we’ll most likely reevaluate!

You know your family and your kids. Take the time to form a plan and boundaries that create the right level of consistency, without creating resentment or damaging the parent-child bond. That always comes first!

There are many cases of “passive bilinguals” who were able to produce fluent language once they experienced an immersive environment. If your kids know that you are perfectly bilingual, it’s pretty natural that they’ll revert to whatever language comes out most easily.

(This describes me too! I often use English with my bilingual friends just because it’s easier and I don’t have to be anxious about making mistakes.)

Think of how you can make this happen for your kids. Can you center your travel plans on a Spanish-speaking destination? Can you connect with Spanish-speaking friends or family, or join a playgroup? Can they take a class with friends, so they get to hear their peers speaking Spanish as well? Summer vacation can be an ideal time for coming up with an immersive experience.

You may even find that they speak more Spanish if you’re not around, especially with teens. If speaking Spanish has become somewhat of a power struggle, finding immersive situations you’re not a part of might be the ticket for them to come into their own, language-wise. They might even be shocked to discover how much language really is in their head, ready to come out!

Similar to the idea of making Spanish fun, sit down and think about what your kids love. Are they obsessed with dinosaurs? Trains? Animals?

This can take some legwork, but try to find books, movies, or other resources about that topic in Spanish, which hopefully they won’t be able to resist.

Some families have even gone so far as to adopt a “Spanish-speaking only” pet! If you can’t do a big gesture like that, perhaps stuffed animals or puppets would be a fun stress-free way to speak Spanish together.

If your kids are older, they may up for a heart-to-heart talk on why they feel resistant to Spanish. Really listen to them. Being a pre-teen and teen can be tough, and there may be social pressure or pressure from peers that’s affecting them. Some kids might be receptive to information on the benefits of bilingualism, or be willing to work on a compromise—you’ll relax about whether they respond in Spanish, if they commit to reading 20 minutes a day from a good Spanish chapter book.

5. CREATE A SENSE OF JOY AND LOVE

The most important thing is to maintain an atmosphere of joy around Spanish. From the time they are tiny babies, develop a sense of warmth in the language through lullabies, nursery rhymes, and books before bed.

Praise your kids like crazy as they learn new words and make an effort to speak. From a teacher perspective, I recommend not fixating on errors. You can recast (restate back to the child, correctly) if you wish, but always be affirming and positive.

At the end of the day, the burden of consistency in raising bilingual kids is squarely on our shoulders as parents. That’s a huge responsibility, but it’s also fabulous news—because we’re the ones who get just what an amazing gift bilingualism is.

Truthfully, it may take years for your children to realize what a gift you’ve given them through Spanish. And yes, they’ll probably be adults themselves before they can truly appreciate the sacrifices and efforts you put into their language development!

So for the time being, take your cues from the other parents around you who are working for the same, and find your group to cheerlead you on, whether it be a local group or an online community like our Teach Your Kids Spanish Facebook Group

What other ideas and tips do you have? How would you answer “what if my child doesn’t want to speak Spanish?” I’d love to hear your experiences in the comments below! 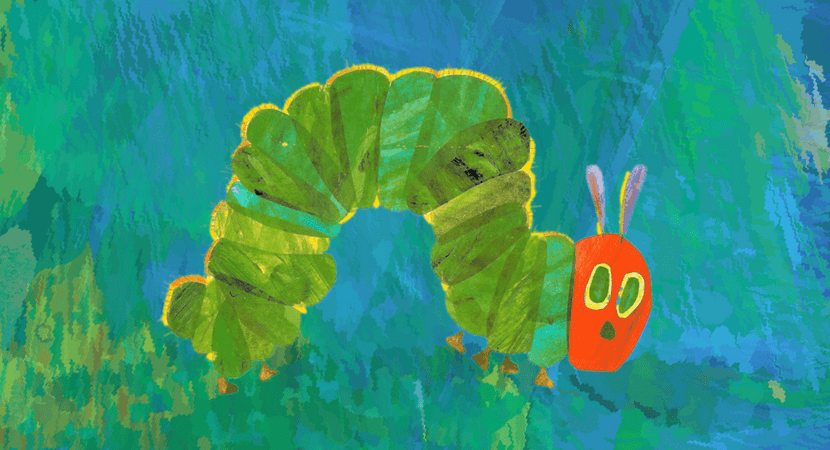