Inside: Get your students moving and back on task with these fun Spanish brain breaks for class!

We all know students can get wiggly and lose concentration when they’ve been seated too long. This is especially true when learning a new language, and little brains are working extra hard to absorb it all.

What is a Brain Break?

For Spanish classes, brain breaks can be in English to give students a quick rest and reset, but there are plenty that you can do in Spanish as well. I’ve broken this post into sections to help you find what you need:

1. Brain Breaks for All Ages

Spanish Brain Breaks for All Ages

Tell the class that you are going to say a word (such as la manzana) and they should let you know how they feel about it. Stretching up high with their arms means they love it. Crouching down close to the floor means they don’t! Staying in place and crossing their arms (great way to sneak in crossing that midline!) means they feel so-so about it.

This is fun when you have some food vocabulary, pets, or activities to review!

Give students something to touch and review vocabulary at the same time. For example, review colors by saying ”Toca algo azul,” touch a certain body part, etc.

This one is fun for introducing great songs in Spanish that the students don’t necessarily know the words to.

(You can also play the traditional song Congelados! in Spanish.) Students get to dance around to the music and freeze when it stops.

(Speaking as someone who can be *terrified* of someone saying “woohoo, start dancing!”… make sure you are dancing too, with moves the kids can copy. Or give the kids an out, such as simply crossing their arm up and down, 70’s Stayin’ Alive style. Crossing that midline!)

An alternative to just free dancing is zumba or traditional songs in Spanish that use lots of movements, such as Chuchuwa or Soy una taza. You can see my whole list of zumba videos to songs in Spanish.

Here are examples of a traditional song and a zumba video:

Things like dancing might rev up your classes and take the energy up a notch. Sometimes that’s great, and sometimes you need to lower the energy in the room. Try Yoga or breathing exercises get everyone centered and refocused. You can learn some moves yourselves and guide the class, or use a short video. See the complete list of Spanish yoga videos here. (The videos below are for younger kids.)

This is a guided meditation:

If you have space, start this video at minute 0:31:

This is a simple classic, but so easy and you can review anything!

This is a traditional clapping rhyme:

Students can stand in pairs:

Or students can be at tables:

(See a longer post for this age group here.)

This one takes a little longer, but it’s easy to tie into your lesson themes and a super fun to build community!

Write a question on a topic the students know well in the TL on the board. ¿Qué te gusta hacer?, for example. Then, list or brainstorm 4-6 answers (depends on your class size). Me gusta: escuchar música, leer, viajar, etc. The students have to silently pick their preferred answer.

Then, everyone stands up and walks around asking the questions and finding people with the sameanswer. Everyone with the same answer has to be in the same blob (group of people), until the whole room is sorted into blobs. To stretch it out, erase and replace the answers with other options.

This is especially fun/entertaining if you pose it as a “would you rather” sort of situation, or all undesirable choices. If you had to eat ____  for breakfast the rest of your life, what would it be?

This is similar to the Up/Down game, but uses the whole room. Designate a side of the room for “Me encanta” and “Lo odio” on opposite sides of the room. You can put “Me gusta” somewhere in the middle, or as many variations of that as you want.

Call out any word they know, and they express their opinion by moving to one side of the room or the other side. It could be anything: food, hobbies, places, verbs. Mine usually take this one seriously because they don’t want to be caught saying they love something they really don’t. Advanced students can get an entire scenario, and novices can just get a single word.

Have everyone stand in a circle. Call out a certain characteristic, and everyone to whom it applies must leave their spot and run to another one. For example, call out ¡Los que tiene calcetines blancos! or ¡Los que tiene quince años!

4. Draw It WIth Your Feet

Call out a number or letter of the alphabet and students have to draw/write it by walking. To emphasize the midline, tell them to do so while facing the front of the room the whole time. You can do a version of the by saying a word and they draw a picture in the air, but I like having the whole body movement.

I used to play this game in groups in Peru and my classes loved it. This one also take a tiny bit longer, but once your students know how to play, you can quickly get into it.

The students get into a circle. One students is named “presidente,” another “vice presidente,” and the rest are numbered 1 consecutively. The “presidente” sets the group to a rhythm of two claps and two slap on the leg (see in the video below). The president says “presi, presi” while clapping, and then calls anyone else while slapping: “dos, dos.” That person should follow the rhythm by saying their own name, “dos, dos,” and calling someone else: “vice, vice.”

It keeps going until someone says the wrong word or loses the rhythm. That person goes back to number one and everyone else moves up one. (The point is to try to be presidente.) Start out really slowly!!

Pair up the students and have them stand back-to-back. You say “piedra, papel, tijeras,” and they must turn around and show one. You can play this as a tag game (show below, where the students are in teams and the winner chases the loses back to their line), or have the students who lose sit down until there is one class champion.

This is a cool twist on the game:

Brain Breaks for Crossing the midline

Students should stand up straight with arms and legs outstretched. Bending at the waist, they tough their hands to the opposite feet (or as close as they can get). Count to 10 or however many you like.

There are many variation on this: touch your elbow to opposite knees, reach around and grab your opposite ankle, etc!

Have the students stand in a line or a circle. Take a ball, balloon, or other object and have them pass it around, using both hands to receive it and to pass it.

Some twists could be turning this into a hot potato game, where you play music and whoever is holding it when you turn the music off is out. You could make them close their eyes for a challenge and extra teamwork, too! You can use on or more objects.

This is a cute and simple group game and that has students twisting around. If you really want them to cross those midlines, tell the students they can’t turn their bodies around to receive the paper– they have to reach their arms back to one side!

See how to play in the video below:

Similar to Tierra and Mar, this example used the word tiburón to mean “stay in place” and cocodrilo to mean “jump.” If you don’t have a big space, simply have the students place a pencil on the floor and side to side over that.

Click below to access an editable, printable list of all the brain breaks here. You’ll be asked to make a copy, and you can delete breaks, add breaks, or copy and paste into your lesson plans. 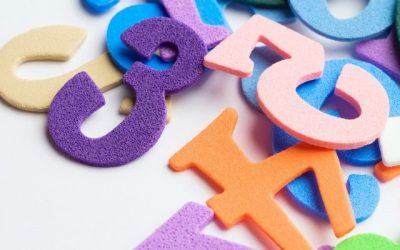 Numbers in Spanish Worksheets and how to Count 1-1000

Inside: A guide to counting the numbers in Spanish 1-1000, with Spanish numbers worksheets and activities. Looking for activities to learn to count in Spanish? You're in the right place! This post is packed with info on Spanish numbers, and I've got some great free... 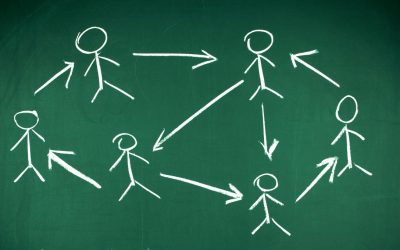 What is Communicative Language Teaching (CLT)? 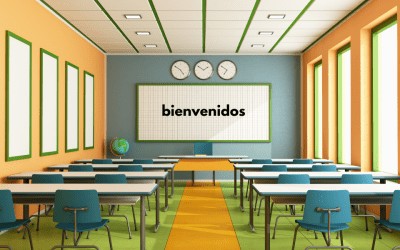 Inside: Icebreakers for Spanish classrooms (high school and middle school). As a semi-introvert, most icebreakers terrify me. All the ones that make you remember everyone else’s name, think of a clever adjective for yourself, or THE WORST KIND: make up a dance move....