The Best Spanish Love Songs of All Time

Inside: The best Spanish love songs: A Latin Playlist.

It’s no secret that Spanish is a romantic language– and no, I don’t mean that it’s one of the Romance Languages! Rocket Languages says:

I think this is probably true. No wonder Latin music and poetry are famous. And of course, music in Spanish can make your perfect background for Valentine’s Day, or whatever love-is-in-the-air sort of time it may be.

You’ll notice this list is more classic– I’m working on the following lists to add to my Songs in Spanish collection:

Let’s take a tour of our top picks, and don’t forget you can access this list on Spotify too. If I missed one of your favorites, let me know in the comments below!

Can it get any more classic than Bésame mucho? This is an iconic Spanish love song that belongs on every romantic Latin list.

Eros Ramazzotti’s iconic voice is unmistakeable, as are the lyrics in this classic.

I love Maná, so this romantic song in Spanish is one of my personal favorites. Anytime a crowd hears Rayando el Sol, it’s impossible not to sing along!

Of course, Franco de Vita and a song that croons Te amo over and over belong on the top love songs in Spanish list.

Luis Miguel is one of the most beloved Latin pop singers, and new generations are discovering him in the new Netflix series based on his life and career. Here’s one of his best romantic hits.

This is the essence of Spanish music: guitar, lilting voice, and deep sentiment. Beautiful. Some songs capture the giddiness of new love; this one holds the depth of that couple who’s been through thick and thin.

Remember the best of romantic Mexican ballads with this gorgeous song.

This was one of the first songs I learned as a young Spanish speaker. Rosas is another good pick from the group, but I still love this one!

Here’s some Spanish love bachata-style (and incidentally, what we danced to at our wedding!).

This bolero will bring back all the feels of Latin love music.

More lighthearted than most on this list, Yo No Sé Mañana speaks to the uncertainty of new love with an upbeat salsa tone.

It’s hard to beat Shakira’s old classics. This one, she says, was written at age 16 and captures her original sound and romantic song-writing skills.

This one might be too new to include, but it has quickly become one of my favorite Fonseca songs. The poetic lyrics and melody are so good I made room for it on this list of more classic tunes.

Juanes is another iconic Latin singer and Es por ti is one of his best love songs. I love this live version.

One of the most-played songs at quinceañeras, Tiempo de Vals is another romantic classic in Spanish. 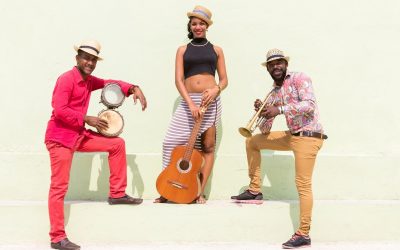 Dance and Zumba Videos in Spanish for Kids to Adults

Inside: A list of dance and Zumba videos in Spanish for kids, teens, and adults. One of the fun things about teaching Spanish is sharing the music and culture from Spanish-speaking countries. You can use music and dance as brain breaks, rewards, or a special... 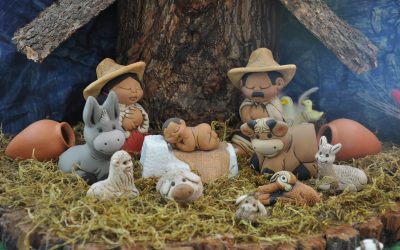 Inside: Spanish Christmas songs for kids, on YouTube. Who doesn’t love Christmas music? Whether you start listening after Halloween, or prefer to wait until advent season has officially started, you and your kids are sure to love the collection of Spanish...